Students for Life at Indiana University

Join SFLIU at the Treehouse in Forest Residence Hall for
Blankets for Babies
4pm-6pm October 20th, 2016

Bring your own scissors, if you can!
We will be making cut-and-tie fleece blankets to donate to our local Hannah Center.
​

Training and Outreach with Created Equal
September 22nd and 23rd, 2016

Students for Life at IU hosted Created Equal for a pro-life apologetics training on Thursday, and an outreach at 10th and Fee on Friday.   Awareness was spread, and hearts were moved for the unborn!   Thank you to the Created Equal team for providing the training, signs, and flyers as well as the photos below.

Student Involvement Fair
August 29th, 2016
​
SFLIU set up a table at the Involvement Fair on Monday.  Fifty students signed up at the fair to be a part of our cause! It looks like this will be a good year for the pro-life movement at IU.

Indiana State Fair
Tuesday August 8th, 2016
SFLIU teams up with Right to Life of Indianapolis today to spread awareness at the State Fair! (With a surprise appearance by Created Equal,Purdue Students for Life, and IPFW Students for Life members!)
​ 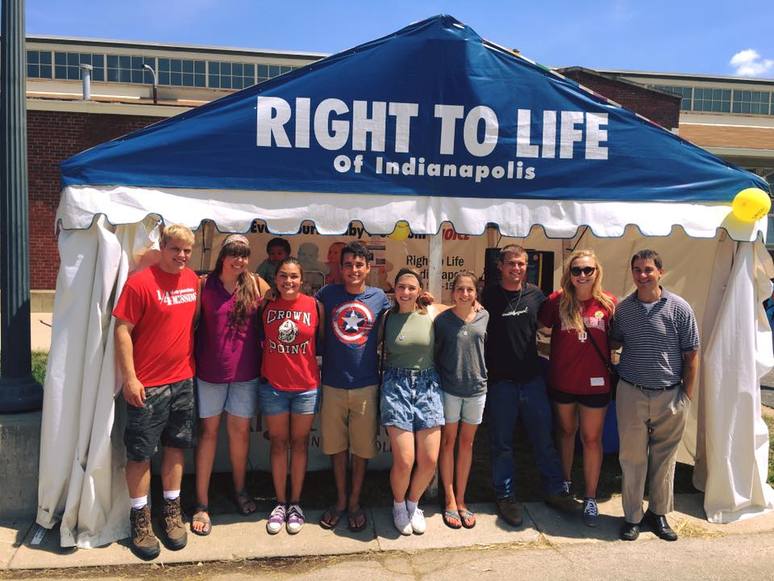 ​Artistic? Creative? Pro-Life? Submit your SFLIU t-shirt ideas to sflatiu@gmail.com before August 1st, 2016, and we will vote on the best design! Below are some examples of both digital and non-digital artwork. Submissions must be single-tone and include a front and back.

The bill HEA 1337 was signed into law by Governor Pence earlier this year. It prevents women from seeking abortion due to the baby's sex, race, color, national origin, ancestry, or disability. It also requires fetal remains to be properly buried or cremated.

And Indiana University, our school, is attacking it.
​
"The Indiana University Board of Trustees and three of the school’s scientists have filed a federal lawsuit seeking to block part of the state’s new abortion restrictions law that bars them from acquiring fetal tissue for research purposes."
​
What can you do as a student?

Send a thoughtful and polite email, protesting the lawsuit and defending the rights of the unborn, to the following people:
Fred Cate (IU's Vice President for Research) at fcate@iu.edu
Dr. Debomoy Lahiri (Psychiatry Professor) at dlahiri@iupui.edu
Dr. Bruce Lamb (Executive Director of IU's Stark Neurosciences Research Institute) at btlamb@iu.edu
The above people are plaintiffs in the lawsuit.
​
Find out more at:
http://indianapublicmedia.org/news/indiana-university-sues-state-block-abortion-law-99434/
and
http://www.cnn.com/2016/03/24/politics/mike-pence-indiana-disability-abortion/index.html?sr=fbpol032516mike-pence-indiana-disability-abortion0116AMStoryLink&linkId=22672940

Making Connections and Getting Inspired

​President and Vice President Jenna and Emily went to the Teens for Life Indy Forum at Bishop Chatard HS. They recruited high school students from the area, and heard Monica Kelsey speak about her Safe Haven Baby Boxes! 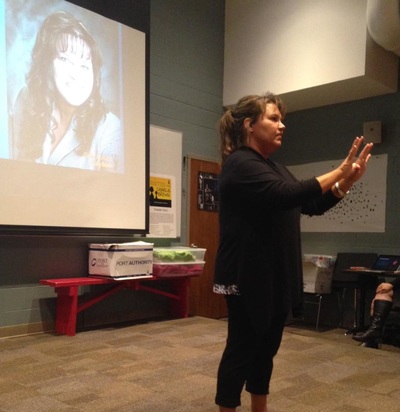 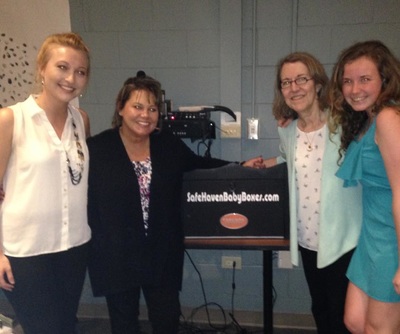 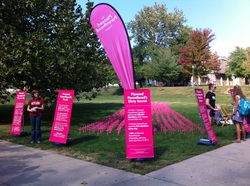 ​Thank you to all Students for Life members who stopped by to help throughout the day!
Learn more about what happened at our event by reading the SFLA article!
http://www.studentsforlife.org/2013/09/26/planned-parenthood-project-vandalism-at-indiana-university/

Indianapolis Right to Life Banquet-kicking off the semester with a motivating speaker! 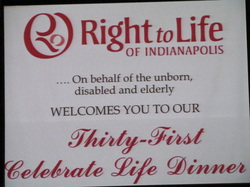 2015 President Theresa McHugh and Outreach Coordinator Sarah Stubbs along with two members, Laura Zetzl and Teresa Werner, were able to make it to the Right to Life Banquet in Indy on September 17th. We got to hear Abby Johnson speak and make some great connections. Hopefully, we can get all of SFL at IU to this banquet next year! 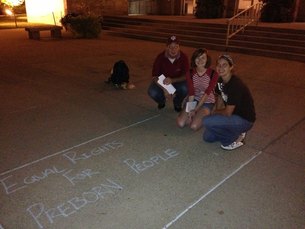 National Pro-Life Chalk Day is a real thing? Well folks it is! 2015, our awesome President, Theresa, accompanied by the cool VP, Bryt, as well as our great secretary, Jeanine! They did a great job of making our presence known on campus with their beautiful chalkings!

Did you get involved? We were super excited to see a lot of interest from the students we had the pleasure of meeting at this years Student Involvement Fair! Theresa and Sarah manned the table, but enjoyed guest appearances by Martha (treasurer) as well as some members, Kailyn and Laura. Thank you for all the help guys!! We look forward to this year and many new members!

Theresa and Sarah look in awe at all the wonderful baby-saving, mother-helping resources the Indianapolis Right to Life and Students for Life of America groups have provided to help the new IU Students for Life group get started. Excited to start saving lives! 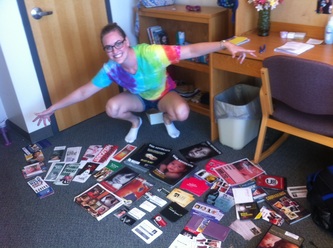 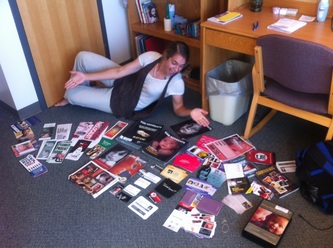